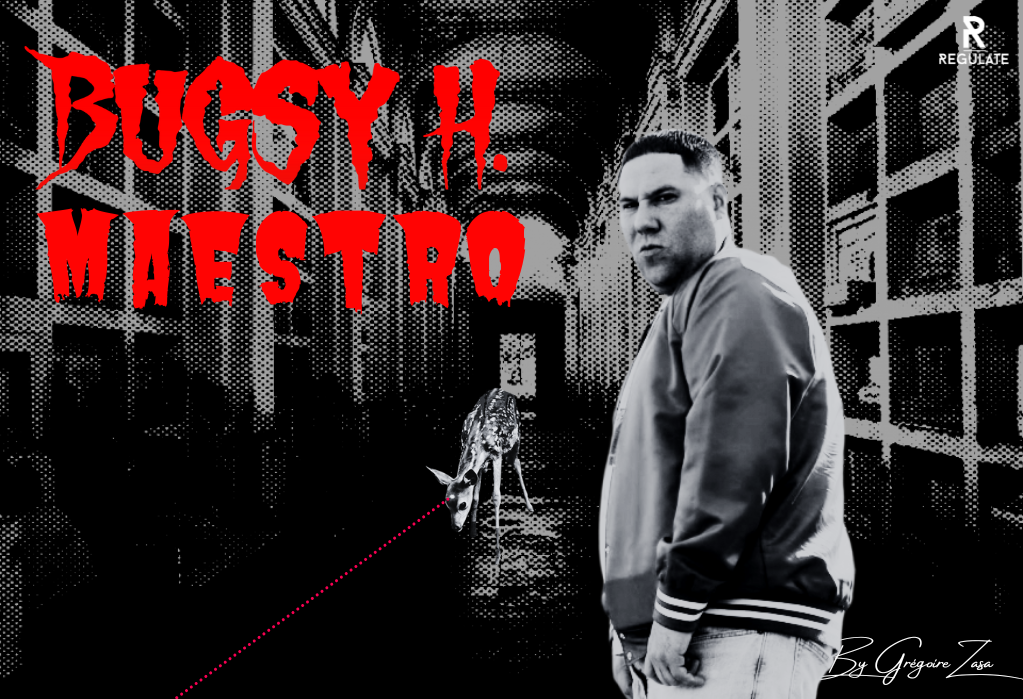 The birth and rise of HRIS family, founder of Mosaic Rap

In an exclusive interview with the members of HRIS (History Repeats It Self).

The creation of the collective dates back to 2003 in Boston, when the two rappers Bugsy H. and Kage, tragically deceased in 2015, decided to combine their talents to satisfy their common passion for Hip Hop. The collective has since evolved well with rappers and producers from different backgrounds, even if the talents are varied it is always with this common passion that they exercise their talents in different styles. Since the creation, Matticz, S18, Non Chalantly and G Stacks have joined the collective as rappers, Mindframe, Kesti, Isaac No Beats, from Brazil, KT and Maesto behind the decks.

Also known as the Hewitt Family, a name derived from the remake of Texas Chainsaw Massacre, the group had indeed a horrorcore tendency in its early days, which they kept as their solo and group productions progressed. True founders of Mosaic Rap, a style of rap where the art of handling words is at the service of reflection, emotions and thought, the group has today numerous achievements to its credit which oscillate between horrorcore, social conscience and introspection on beats at the same time dark and Jazzy combining melancholy, drama and hardness. But this is just a sample of what the collective has been able to offer during its existence and what the collective is preparing for the years to come.

Today we have Bugsy H., a founding member, and Maestro, the latest addition to the family, to talk to us about their career, their style, their meeting, and especially the future projects of the collective.

Where are you from? When do you start rapping/producing? What/who gave you this motivation?

Maestro : I’m from Canton, Georgia, a little bit above Atlanta, mainly country area, very quiet town. I started producing for the first time in April of 2021. I had always wanted to make music but I was in and out of life due to my drug addiction. I had a lot of inspiration when I got clean, to try new things and I fell in love with making beats.

Bugsy H. : I grew up in Boston mass. I’m of Cuban and Peruvian decent. I learned to rap from just watching the greats however I learned how to structure songs from my mentor Stephen Route. My first introduction to rap was Dr. Dre the Chronic followed by Nas and the Wu-Tang. I started writing raps at ten years old, I started recording mixtapes around twelve.

On your side, when did you start listening to Hip Hop? Who are your biggest sources of inspiration ? How would you describe your production style ?

Maestro : I’ve always been a fan of hip hop. It started out with what I was hearing during the time, Kendrick Lamar, Drake or Travis Scott. But when I got older I started to deep dive into the history of rap. I got heavy on Madlib, MF DOOM or Mobb Deep. I get a lot of inspiration from everyone on Griselda, DJ Muggs, The Alchemist. But I also get a lot from classical music and jazz, real soulful sounds. Definitely that grimy heavy stuff too. I would say I fall into that Griselda world. I’m a big fan of Nicholas Craven, anytime I’m in the car his stuff is on. I’m a looper for sure. I enjoy classical joints a lot and stuff from the 70’s is just incredible. I have a lot more to learn and I would say I’m invested in the sound, all organic, raw, hip hop.

Bugsy H. : I formed HRIS when I was 15 years old. Kage and I were a duo originally called the savage brothers but then we met O and formed HRIS (History Repeats It Self) after meeting Matticz he was the last original member but always had an evolving door which features many emcees such as S18, G-Stacks, Crucial, LILC843, Non Chalantly Zay, SaSa & Silencer to name a few.

As the newest member of the HRIS/Hewitt Family, who introduced you to the team ? Why did you choose to join the family ? What type of project were you working on before joining the family?

Maestro : I had been just making beat tapes and songs for my own pleasure. Haven’t made an album with anyone until Bugsy. I met Bugsy through a mutual producer, I was really rocking with his sound and creativity. Not only that but he’s a down to earth dude. I sent him some beats, he was rocking with it. We started building the Portal Tape. I’ve met most of the team through Bugsy, he’s been getting me locked in with this, we got a lot of stuff otw. HRIS is def my style, and they got stories the world needs to hear. I’m adding my story to the pot.

How did you come up to take Maestro under your wings ? Why did you introduce him to the Family ?

Bugsy H. : I bumped into Maestro through Shayne Sharpe. We’ve had a long talk on the phone and connected instantly. We have a lot in common. I see the hunger in him as I was back in 2003. Him and Zay are the new face of HRIS and I’m proud to have him apart of the family. He seemed like the perfect fit and challenged my ethics, I’m talking about one album for us and he’s already signing me up for 3, the number has changed again! He’s a big motivation for everybody keeping us focused. Also needless to say but his production is a pure depiction of the Mosaic rap movement.

You have several projects together, how did you come up with these projects/concept albums ? Can you describe them ?

Bugsy H. : We plan on dropping The Portal Tape early next year hopefully, when we first talked about a collaboration we really were breaking the speed of music down a lot so we came to the conclusion that THE PORTAL TAPE would be our first title and release. Portal Tape to us was building all on the magic of time and all the “in the moment” elements of making music. We feel like we are traveling through time both him when producing and me for creating. This is a journey we want everybody to be on board with. Maestro truly understands the essence and powers in creating in the here and now. He knows the powers of your first thought, the rawness of it.

Maestro : We have a lot of creative ideas we’re going to do. For our two projects we wanted a specific sound to fit the stories. Soulful jazz, crazy samples, cut scenes. It’s gonna be crazy. I’m working on a project with Nonchalantly Zay right now, we got some heat otw.

You also plan to drop The Wild & Wacky Adventures of the Handy Gram Savage, how did you come up with the concept? How do you imagine the atmosphere/sonorities of the project ? Why you think Maestro is the best producer for this project ?

Bugsy H. : The Handy Gram Savage was an alias I’ve had for a while. I think the biggest misconception of the album is people will think it’s going to be some do it yourself drug album and it’s not! The meaning is to tell personal experiences that come with it. So you can only relate if you understanding the meaning behind it. Hopefully my son won’t make the same stupid decisions I made. The name came about once Kage’s friend needed some weed. He thought I was out but I told him I always keep something close. He was like, “Damn you stay with a handy gram, you like the Handy Gram Savage” so this will be titled, The Wild & Wacky adventures of The Handy Gram Savage. It’s really a play by play of personal experiences through the good and bad times of getting high. Maestro has his story to tell too, he also has a strong correlation with the theme. We don’t want to encourage you to do drugs just to be aware of what they can do to you.

Do you plan other projects with other members of the Family ? Can you talk about them ?

Bugsy H. : We don’t have the luxury of slowing down anytime soon. S18 has his album THE BRONZE EDITION and we have our own called The Museum of CRHYME Art which drops soon. Also Non Chalantly is dropping soon with a Maestro exclusive in the works. A few HRIS albums are coming too!! Travis County 3, IFC, Museum of CRHYME Art, Night Terrors are all recorded just haven’t released them yet! It’s coming trust.

As the founder of Mosaic Rap, what’s your definition of it ? How do you feel about it ? Will your next projects follow this movement?

Bugsy H. : It’s a constant wave of conscious raw emotion holding no restrictions or boundaries. Maestro will help piece this future puzzle with me

A big thank you to Bugsy H. and Maestro for this exclusive interview! Always a pleasure to talk with the team! Follow them and don’t miss any of their upcoming releases. Find them on social networks: